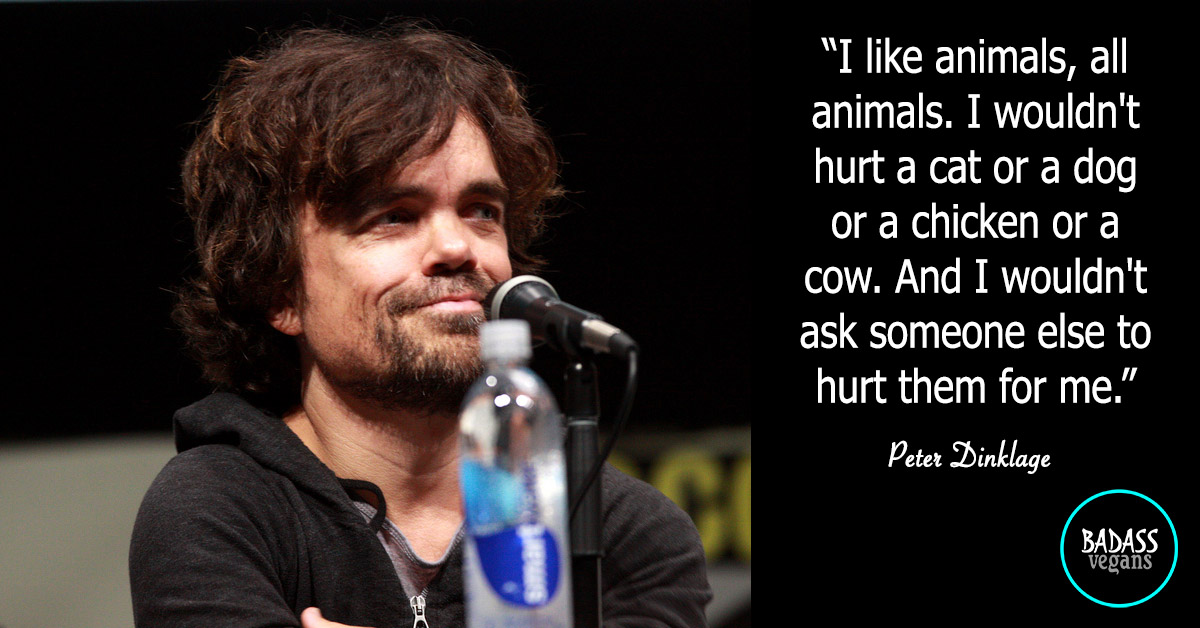 Our favorite Lannister from Game of Thrones is a longtime vegetarian and now vegan. Peter Dinklage became a vegetarian at the age of 16, has since been an advocate for animal rights, and turned vegan in 2014. The increase of soy-based and organic foods have led him to state that it’s much easier to maintain a vegan lifestyle now than when he was young.  He has served as a spokesperson for Walk for Farm Animals and PETA. He also narrated the video Face Your Food, a film advocating a plant-based lifestyle based on ethical grounds. We’re proud to name Peter Dinklage a badass vegan!