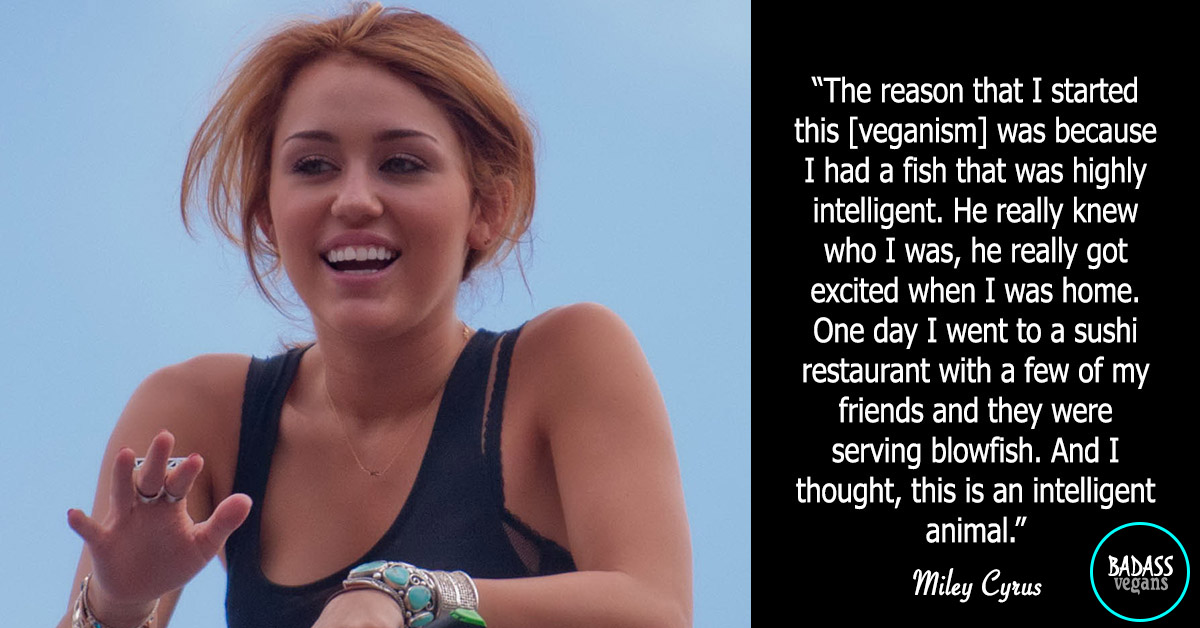 Miley Cyrus has always been one to march to her own drummer which is why she is continually making headlines. In 2014 she made the decision to become a vegan after realizing her pet fish and pig are intelligent animals. Sitting in a sushi restaurant, she wasn’t able to stomach eating a fish just like the one she had at home, so since then she’s embraced a plant-based lifestyle. While Miley is one to always be top of conversation (or controversy) for her physical appearance, stage performance, or other, she continually shows compassion for animals through her efforts to vocalize why being vegan is so important to her. Moreover, she practices what she preaches – she even makes sure her pig keeps a vegan diet. While we all knew Miley was a badass, we praise her for being a badass vegan!