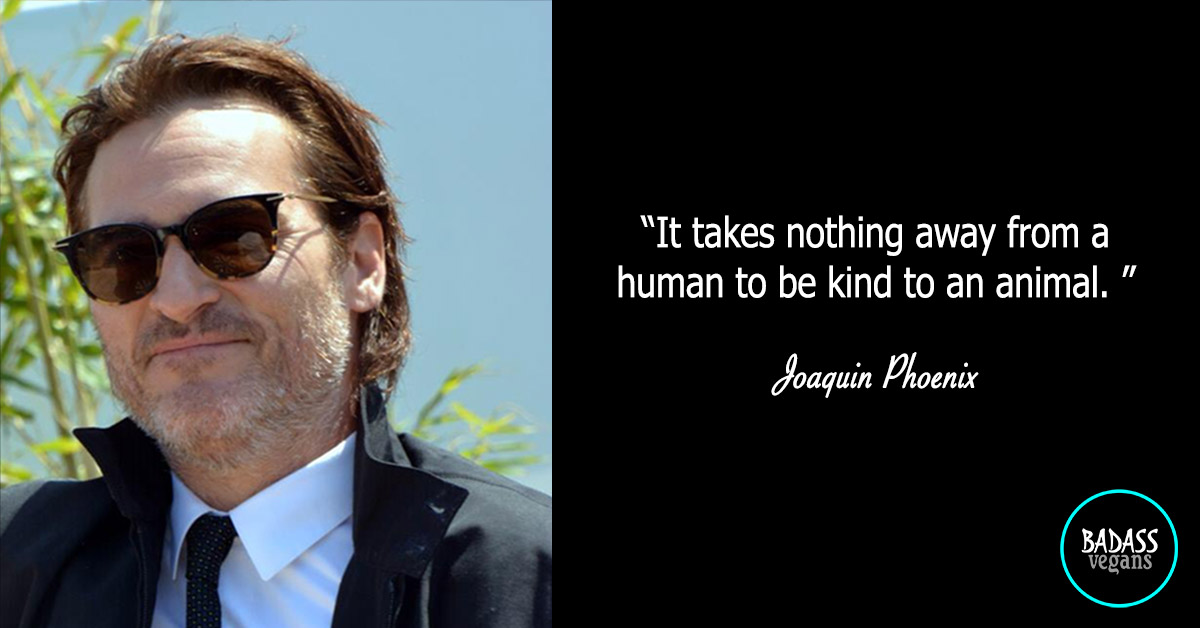 One of the most vocal and badass vegans is Joaquin Phoenix. Notorious for his animal rights advocacy, Joaquin made the life choice to become a vegan at the age of 3 after seeing fish suffer on a family fishing trip. Since then he has been an advocate to promote both veganism and animal rights by collaborating and campaigning with PETA and In Defense of Animals. He also narrated the Nation Earth documentary, Earthlings in 2005, which takes an in-depth look at the treatment of animals – from puppy mills, meat-packing industry, and animal testing. Holding true to his beliefs, Joaquin refuses to wear animal-made clothing and requests only synthetic leather costumes are used in any film he partakes in. He’s the definition of a badass vegan.