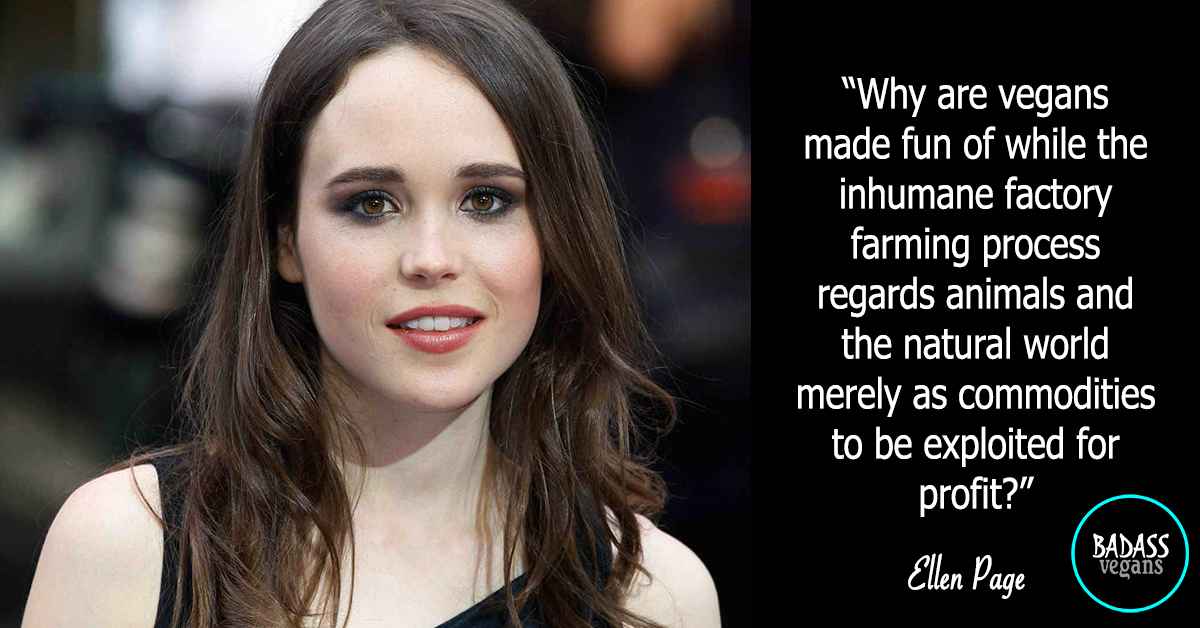 This tiny Canadian actress has a big voice for advocating equality. From her breakout role in Juno bringing to light struggles of teen pregnancy to promoting gay equality on the red carpet, Ellen Page is never one to shy away from vocalizing her beliefs. She is a longtime vegan who’s outspoken about her reasons for practicing a vegan lifestyle. She’s a firm believer in social justice and equality for all animals. It’s no surprise PETA named her the sexiest vegan in 2014. Not only is Ellen gorgeous, but also compassionate, intelligent, and she’s definitely a badass!