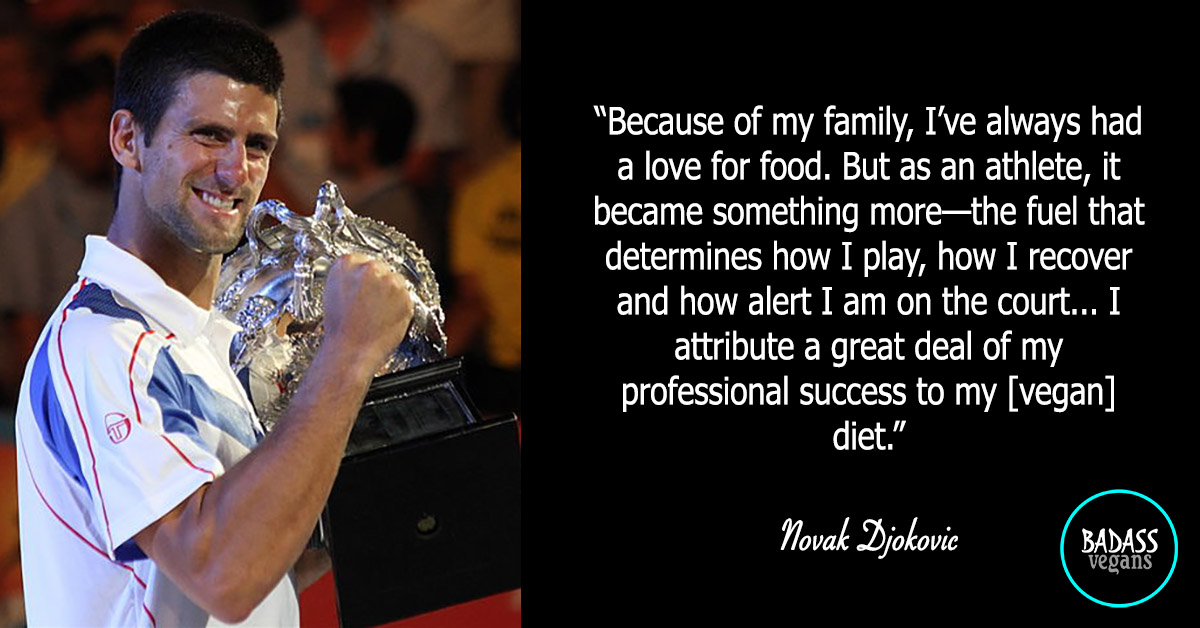 Novak Djokovic the number 1 ranked Men’s tennis player in the world has recently opened a Vegan restaurant with his wife Jelena Djokovic in Monte Carlo, Monaco. Novak had been struggling with fitness and stamina during his tournament play. That was until he realized his diet was the

“The key to the diet Djokovic now follows is the absence of both gluten – which is present in most foods – and dairy products. He also cuts out as much sugar as possible. The world No 1’s diet is based on vegetables, beans, white meat, fish, fruit, nuts, seeds, chickpeas, lentils and healthy oils.”Independant.co.uk

The effect was immediate. Djokovic felt lighter and more energetic and slept better than he had ever done. Now Novak has taken his healthy lifestyle change to a whole new level with his Vegan establishment. We wish you continued success on the court and continued success with your health. You are a Badass!