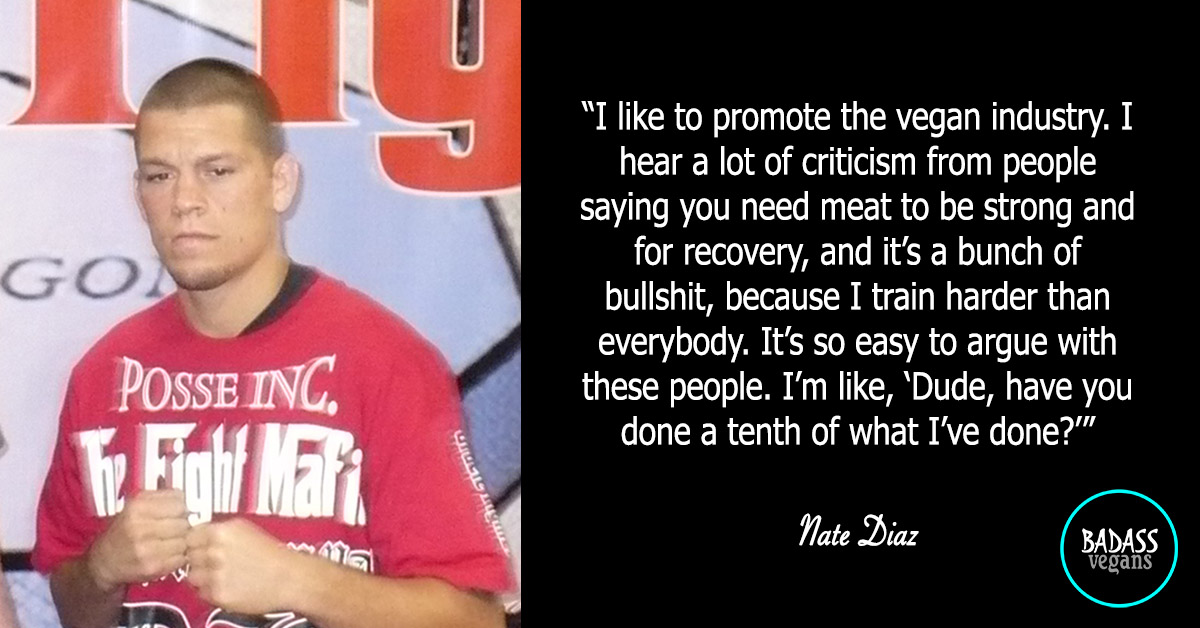 Yet another Vegan UFC warrior has been besting his opponents in the most grueling sport in the world. The MMA veteran Nate Diaz is an outspoken proponent of vegan and raw food diets. Having won a huge victory over the rising star and loud mouth Connor McGregor at UFC 196 March 5, 2016, at the MGM Grand In Las Vegas, Nevada. His sensible diet has become newsworthy.

He and his brother Nick (also a UFC veteran) have been touting a clean living lifestyle for years and it has been paying off big time.  Nate Diaz, “I’m not involved in that garbage…(Meat and cheese) grosses me out nowadays. I stopped for a while. I was missing it at age 17: ‘I can’t wait to have some cheese!’ Nate said, “I gave it up for a fight, then had it after not having it for a month, and it messed me up and made me sick.”

We hear ya, Nate!! We look forward to your continued rise in the UFC ranks and continued victories! You are a Badass Vegan!