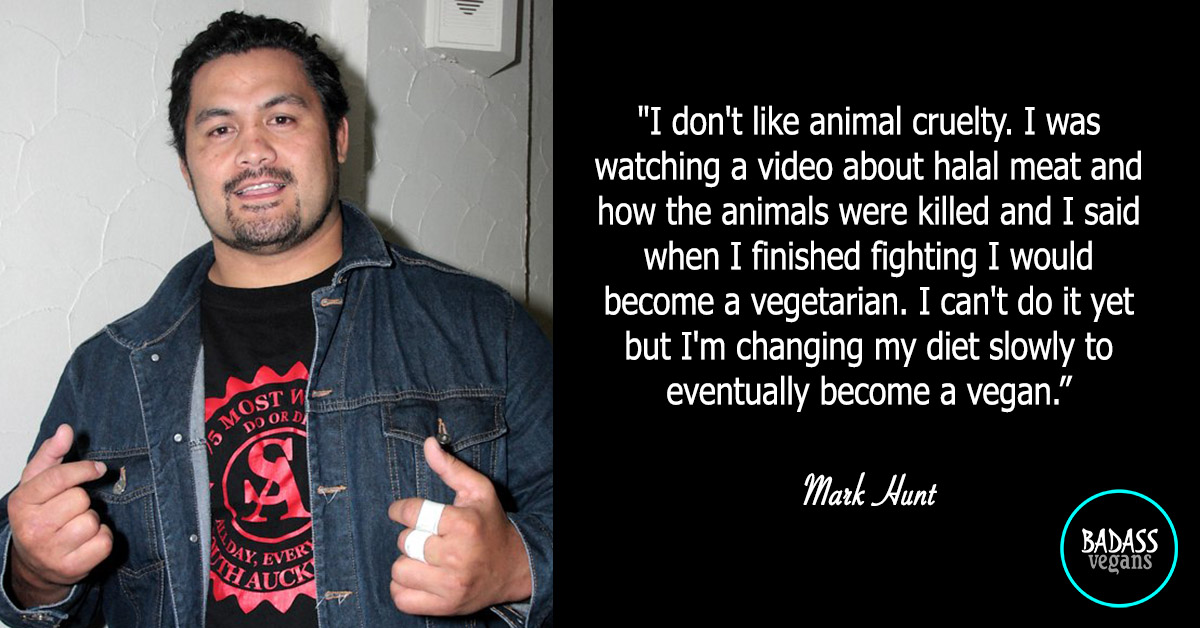 As if we needed another reason to love the fan favorite UFC heavyweight fighter, Mark “Super Samoan” Hunt. His decision to eat vegan at 41 years old tops them all. His long and successful career as a World champion Kickboxer and badass “walk-off” knock out artist shows his toughness. But his response, to watching a documentary about animal cruelty at a U.S. pig farm makes him a champion for morality as well. He posted on social media the horrific video and the caption: “I’m going vegan, hate this.”

The number of Vegan fighters is growing and Hunt being one of the most notable professional heavyweights in history is a great addition.

Thanks for being a Badass Vegan Mark! We always cheer for you!